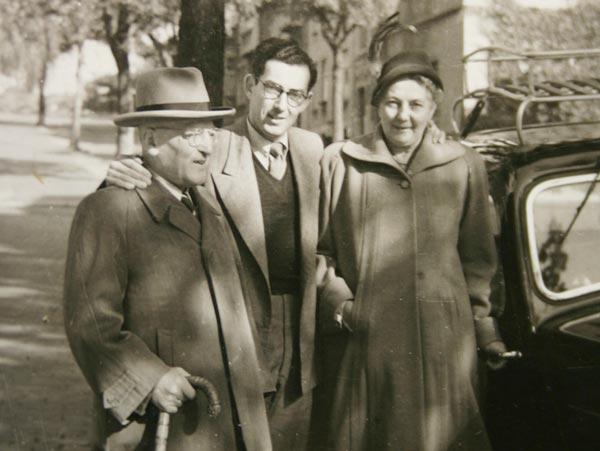 Hans Lorraine was not an internment artist. He started painting in the 1950s, creating a visual chronicle of peacetime Australian life. But he was a Dunera artist. Time spent with artists at Hay and Tatura shaped his appreciation, practice and understanding of art. Some of his pictures show the influence of Ludwig Hirschfeld-Mack, master of the Weimar Bauhaus and a fellow Dunera internee. Did they meet? They were held in separate camps at Hay, but may have encountered each other at Tatura or after release from internment.

The essay on Hans presented in this section was written by his daughter, Anne. We thank her for sharing his story, and for the opportunity to reproduce a selection of his paintings. His artworks and story provide a vivid and enlightening glimpse into the post-war Australian life of a Dunera boy. For Hans, as for many Dunera boys in internment and after, art brought solace, clarity and perspective.

Hans John Lorraine was born Hans Löwenstein on 19 March 1923 in Osnabrück, Germany, the only child of Ernst and Elisabeth. Ernst was Jewish but Elisabeth was not. Together they ran a department store in Möserstrasse, Osnabrück.

Due to the rise of the Nazis and persecution of the Jews, Hans was sent to England on his own in 1937. He was 13. His passage was organised by the ‘Save the Children Fund, Inter-Aid Committee for Children from Germany’, which approached schools in Britain on behalf of children like Hans. Hans was accepted into Boys Modern School, Bedford (now Bedford Modern School), which he attended until 1939. He was successful at school, quick to learn English and did well in class. He also worked as an upholsterer’s apprentice in High Wycombe.

With the onset of war, Hans, with other German refugees, was declared an ‘enemy alien’ and interned. In July 1940 he was transported from Britain to Australia, along with 2,500 others, mostly Jews, on the HMT Dunera. He was 17 and alone. 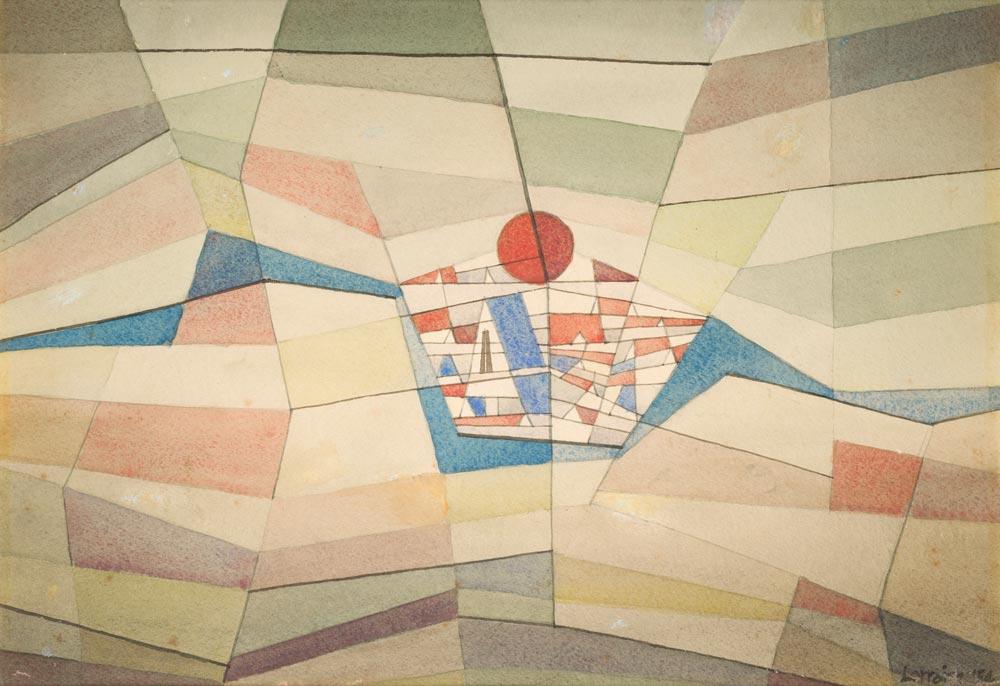 ‘Ghastly and the guards were very cruel’ was how Hans remembered the eight-week voyage. Hans disembarked at Sydney and was sent to Hay. There he met Harry Martin (Leonhard Marienberg), who became a lifelong friend. After Hay, Hans was moved to Tatura. At both Hay and Tatura he endured internment relatively well: ‘The guards were friendly, there was plenty of food, but it was awfully hot.’

Hans enlisted in the army in 1942, serving with the 8th Employment Company for four years. He settled in Melbourne and began studying architecture at the University of Melbourne. In 1947 he became an Australian citizen and two years later changed his name to Hans John Lorraine. 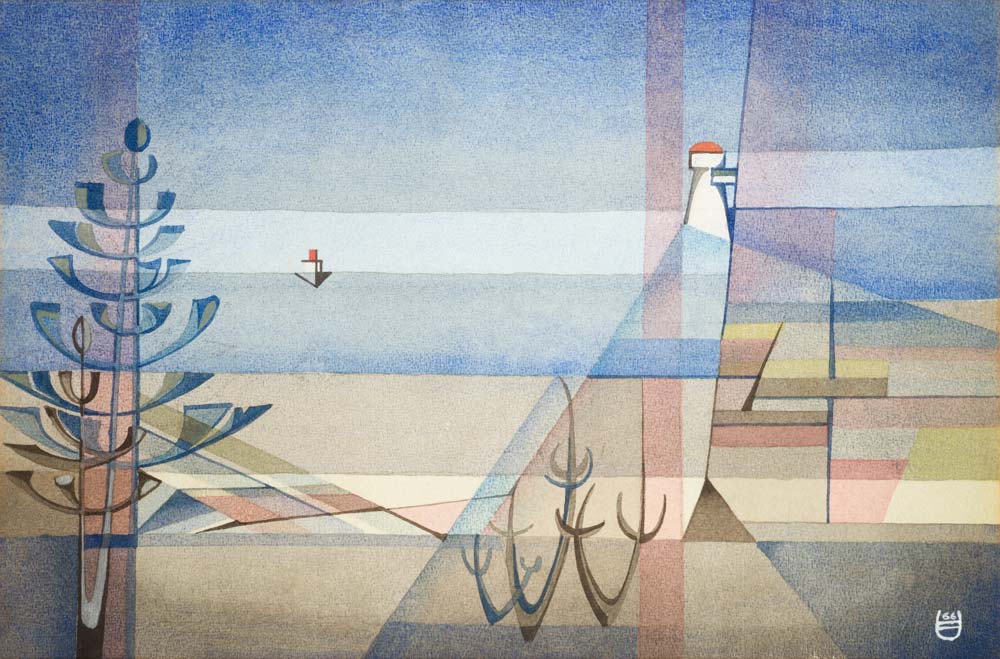 At university Hans met Judith Eathorne, also an architecture student. In 1950 he graduated with Honours and he and Judy married. In 1951 Hans won the Robert and Ada Hannon travelling scholarship, so he and Judy moved to London, where they worked in architecture and travelled in post-war Europe until 1954.

It wasn’t until after the Second World War that Hans knew what had happened to his family in Germany. Both Ernst and Elisabeth had survived in Osnabrück. Non-Jewish Elisabeth faced fewer threats than Ernst, who outlasted the Nazi regime and the war by hiding in cellars for four years. The Lorraine family understands that Elisabeth’s brother Otto, an officer in the German army, helped to protect her – marriage to a Jew brought its own dangers in Hitler’s Reich – and hide Ernst.

Ernst and Elisabeth were reunited with Hans when he and Judy first travelled to Osnabrück from London, probably in 1951. Hans’s grandmother and aunts had all perished in the Theresienstadt Concentration Camp. Of about 400 Jews who lived in Osnabrück before the Second World War, only twelve survived. Ernst died in 1955 of complications from diabetes. Elisabeth continued to run their store for several years, and died in 1971.

Returning to Melbourne in 1954, Hans worked as an architect and volunteered to design sets for the Victorian Opera Company; on a couple of occasions he even sang in the chorus. He and Judy were passionate opera lovers. During this time Hans began painting, drawing on European influences in his watercolours and oils. Living among creative people on the Dunera and in internment surely contributed to his developing interest in and practice of art. 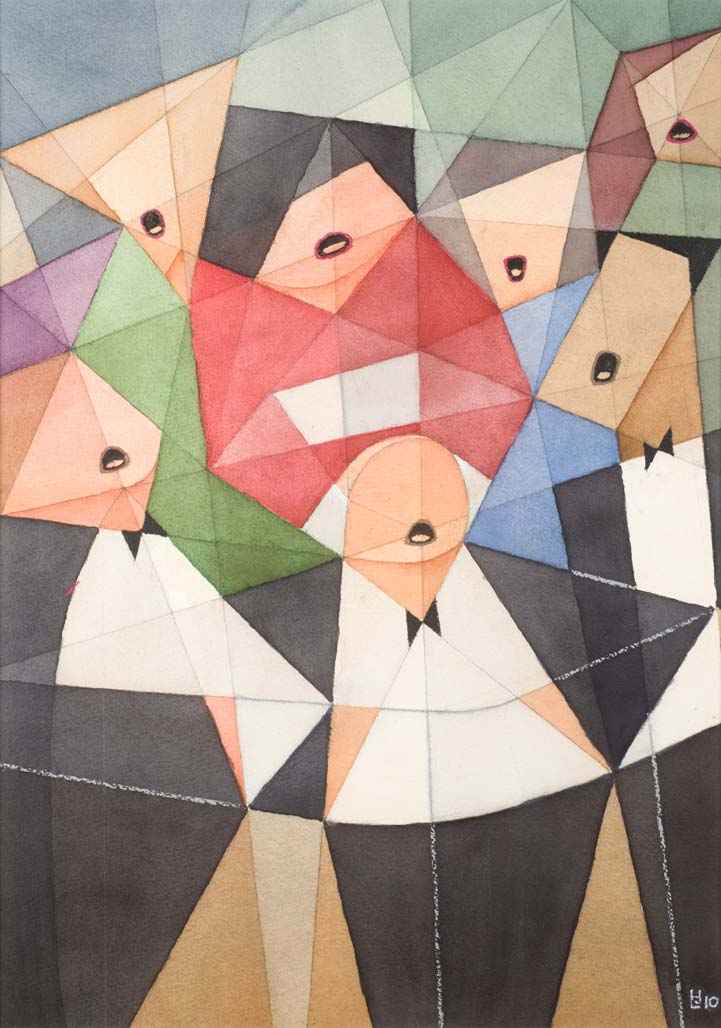 In 1955 Hans and Judy welcomed a daughter, Susan (Sue). A second daughter, Elisabeth (known as Anne) was born in 1958. From the early 1960s the family lived in Toorak, in a Victorian cottage renovated by Hans. Judy began potting and set up a studio at the family home. Over the next five decades she developed a very successful career, becoming a well-recognised Australian ceramicist. She and Hans separated in 1966, divorcing in 1969.

Hans married Margaret Villiers in 1969. They moved to Sydney where Hans continued to work as an architect with Gordon M. Jenkins & Associates. They lived for many years in a house on Billong Street, Neutral Bay, once again renovated by Hans. From the Neutral Bay foreshore over many years Hans watched the construction of the Sydney Opera House. After it was completed, he would catch a ferry to the Opera House to enjoy operas and concerts. This brought him pleasure for three decades. 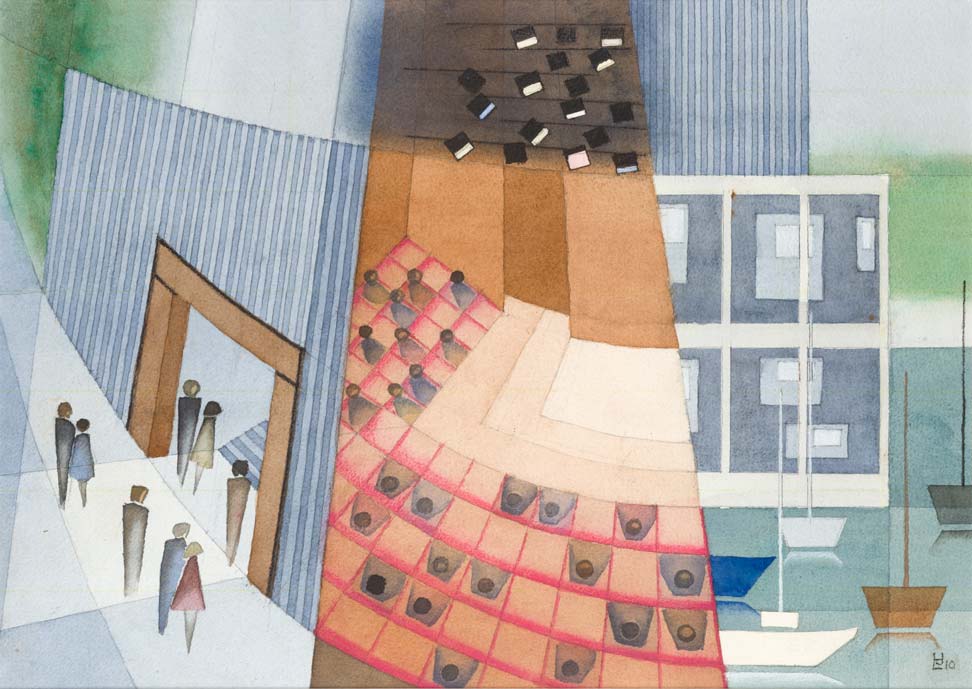 During this period, Hans didn’t paint much. However, he was designing and crafting small pieces of furniture, usually from recycled or off-cut timber, for use around the house. Hans worked full time with Gordon M. Jenkins until his 75th birthday in 1998, when he retired. Retirement afforded him the opportunity to rekindle his interest in painting. Soon it took much of his time.

In 1999 he exhibited paintings at the Old Pub, Boolarra, Victoria in a joint show with his daughter, Anne, also a painter. His works sold well and were shown at exhibitions around Sydney. The city provided many of his scenes: the harbour, the urban environment, and traffic networks.

In later life, Hans drew much inspiration from the surrounding urban environment this. This piece is titled Overdevelopment.

Art, music and good food (supplied by Margaret) were Hans’s passions. In his 80s he travelled to Melbourne to visit Harry Martin, his old friend from Hay. They spent a sunny day at the Heide Museum of Modern Art enjoying each other’s company and, of course, the art. 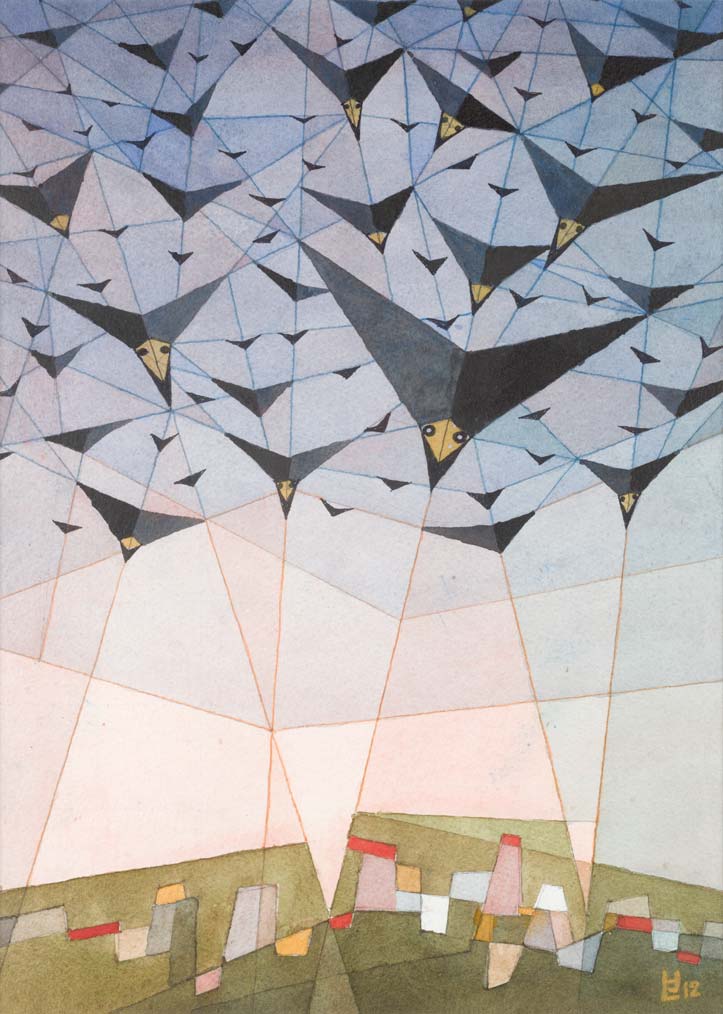 Both Hans’s daughters became artists. Sue, a contemporary jeweller and designer, is a well-recognised and widely represented artist in Australia and beyond. She co-founded the Gray Street Workshop in Adelaide. Anne Lorraine worked as a graphic designer, for many years in Melbourne and then Gippsland, predominantly in education. Like her father, she paints.

On 15 February 2020 a retrospective exhibition entitled ‘Hans Lorraine: Artist, Architect and Dunera Boy’ opened at Warragul Art Studios. WAS Gallery was established by the Lorraine family and houses works by Hans, Judy, Sue and Anne. The Hans Lorraine exhibition features watercolours, oils and pieces of furniture produced throughout his post-war life.

View the gallery of Hans Lorraine


All images © The Lorraine Family; Photos of the artwork taken by Lee McRae, Sugoi Imaging, 2020